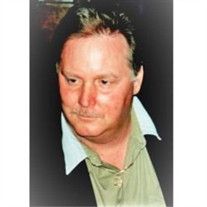 Harold Edward Bryant, Jr., known to his family and friends as “Bud”, went home to be with the Lord, on Sunday, July 5, 2020 at 9:35 a.m. Bud was born in Toledo, Ohio, on March 16, 1952 to Harold Edward Bryant, Sr. and Virginia Mae Bryant. He was a graduate of Woodmore High School in Toledo, Ohio and went on to attend Emmanuel College in Franklin Springs, Georgia. He met his wife, Pam, at Bible Temple in Toledo, Ohio, prior to attending college and they were married on August 19, 1972. This August, they would have celebrated their 48th wedding anniversary. They raised three sons, Jamie, Shawn and Dana. One of Bud’s many talents included his gifted singing voice. Many years ago, Bud, along with his wife Pam; his siblings, Patty and Tim; and sister-in-law, Toni, would sing together at church one of the most beautiful renditions of the song “Undivided”. It was so powerful; it would bring tears to your eyes. Bud had a passion for learning and researching new things, such as, different religions, historical information or anything else that may have peaked his interest. In his spare time, he enjoyed watching action movies and war movies. He also loved spending time with his family. Bud is predeceased by his parents, Harold Edward Bryant, Sr. and Virginia Mae Bryant; by his father-in-law, Fred Lavender; his mother-in-law, Evelyn Foster-Lavender; his sister-in-law, Sharon Lavender-DeStazio; his brother-in-law, Jerry Lavender; his sister-in-law, Marsha Lavender-Slemp; and his sister-in-law, Kimberly Lavender-Smith. Bud is survived by his wife, Pam Lavender Bryant; his three sons, Jamie Bryant (wife, Theresa), Shawn Bryant, Dana Bryant (life-partner, Judy); his grandchildren, Gabriella, Victoria, Arianna, Alessandra, Vivienna, James (JP), Trenton, Sebastian and Preston; his brother, David Bryant (wife, Toni); his sister, Kathy Campbell (husband, David); his sister, Patty Bollinger (husband, Harold); his brother, Tim Bryant (wife, Anna); his sister-in-law, Barbara Lavender-Myers (husband, Ron); his brother-in-law Jeff Lavender (wife, Cindy); his sister-in-law, Jo Conway Lavender; his brother-in-law, Mike DeStazio; and several nephews, nieces, cousins, aunts, uncles and friends. A Memorial Service will be held Saturday, July 25, 2020 at 2:00 p.m. at Faith Renewed, 505 S. Main Street Mauldin, SC 29662. Pastor Terry Rogers will officiate.

The family of Harold Edward Bryant Jr. created this Life Tributes page to make it easy to share your memories.

Harold Edward Bryant, Jr., known to his family and friends as...

Send flowers to the Bryant family.