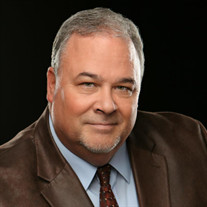 James “Jim” Russell Block, 66, went home to be with his Lord and Savior, Jesus Christ, on Friday, July 23, 2021, in Greenville, SC. He was born in Cedar Rapids, Iowa, on February 2, 1955, but has lived in South Carolina since 1978. He has been employed by Bob Jones University and Bob Jones Academy as a photographer/teacher of photography since 1979. He is survived by his wife of 39 years, Bonney Rudd Block, a son, Jared William Block, a daughter, Alyssa Block Dickinson (Eric), a granddaughter, Olivia Brooke Dickinson, age 2, and a grandson, Logan James Dickinson, aged 5 months. He is also survived by his siblings Randy (Margaret), Stephen (Ruth), and Teresa Block Meyer (Steve). Also surviving are sisters-in-law Rollanda Rudd Cothran (Mel)and Cheryl Rudd Tidwell (Tom), brothers-in-law Robin Rudd (Michele)and Dale Rudd (Paula) and numerous nieces and nephews. He was preceded in death by his father, Alvin William Block, mother, Marjorie Jean Block, infant son, Justin James Block, infant niece, Angel Faith Rudd, and nephew Stewart Tidwell. Jim was born to Alvin William Block, a farmer, and Marjorie Jean Block, a nurse. He lived near Shellsburg, Iowa, on a farm in his younger years and in Vinton, Iowa, during his high school and college years. He had been planning to follow in his father’s footsteps and become a farmer.  His dad died unexpectedly of melanoma when Jim was 15 years old, so his mom had to moved from the farm into town and worked as a nurse full time.  Jim graduated from high school in 1973 and then got a job in town and put college on hold because he had no idea what to study.  Jim heard a musical group perform at his country church and one of the performers gave him a One Way Bible. He read that Bible on his lunch hour and for the first time understood the plan of salvation through Jesus Christ.  He got saved on his own reading that Bible and his favorite passage was Psalm 55. The next fall he went to UNI (University of Northern Iowa) where he was invited to go to a Bible study. A BJU grad was there making a film about the Bible study group and that, along with his experience of making silly movies of friends’ adventures in high school, caused him to get interested in cinema.  The BJU grad told him about the cinema department at BJU and he came here the fall of 1975, not knowing anyone.   After receiving an undergraduate degree in cinema, he began pursuing his first graduate degree while pursuing a certain young lady who taught at the Academy, Bonney Georgia Rudd. On December 19, 1981, they married, after knowing each other for a year and a half.  He received a total of four advanced degrees over a 40-year span.  During that same time period, he became a father to Jared, born 3/28/1988, and Alyssa, born 6/15/1992. He earned the title of Papa when Olivia Brooke Dickinson was born on 7/13/2019. She became a big sister to Logan James Dickinson on 2/9/2021. Jim was passionate about his love for the Lord and was always eager to share it with others. He also loved his students and photography, but most of all, he adored his family, especially his two grandchildren. He was beloved by all who knew him. His antics and his sense of humor will be greatly missed. Family will receive friends on Saturday, July 31, 2021, from 1:00-2:45 pm at Heritage Bible Church (2005 Old Spartanburg Rd, Greer, SC 29650). A Celebration of Life service will be held at 3:00 pm at the same location. In lieu of flowers, you may give to the missions’ fund for Heritage Bible Church at heritagegvl.com/give.

The family of James "Jim" Russell Block created this Life Tributes page to make it easy to share your memories.

Send flowers to the Block family.