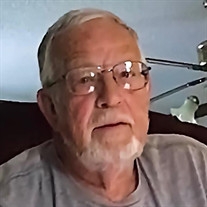 Raymond William Lynn of Travelers Rest, SC, passed away Tuesday, September 14, 2021, at the age of 78. After several months of declining health, Raymond died peacefully with his beloved children by his side. Raymond was born in Greenville,... View Obituary & Service Information

The family of Raymond William Lynn created this Life Tributes page to make it easy to share your memories.

Send flowers to the Lynn family.