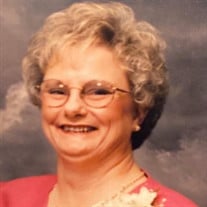 Terry Gail Bolick Bridwell, age 73, of Travelers Rest, SC, passed away on Thursday, July 30, 2020 from complications related to COVID-19. Born on November 1, 1946, in Greenville, SC to Horace W. Bolick and Leona Browning Bolick, she was the youngest of three children. Terry graduated from Parker High School where she was a cheerleader and high school sweetheart to senior class president, Kenneth Raymond Bridwell. Ken and Terry married on April 11, 1968 and shared 52 years together and have two daughters and three grandchildren. Terry earned a Bachelor of Science and Master’s in Education from Winthrop University as well as a second master’s degree in Special Education from Furman University. Passionate about teaching and encouraging children and young adults, Terry dedicated 41 years of service to education. The majority of which were spent teaching culinary arts at the Career and Technical Center of Williamston and Greenville Technical College. Terry was born into a family of talented cooks, bakers, and seamstresses, and she was no exception. Her creativity and natural talent in the kitchen blossomed into a career as well as a selfless way for her to serve friends, family, and her church. Terry’s gifts did not stop in the kitchen. As a talented seamstress, she lovingly made beautiful clothes for her children and grandchildren and blessed countless families across the country by generously making custom burp cloths and hooded towels for family and friends. Terry was an active member at Berea First Baptist Church for over four decades where she was a long-time volunteer in the youth ministry as well as a Sunday school teacher. Using her culinary gifts as a service to others, she spearheaded the food service efforts at the church’s annual youth camp for many years and would spend three weeks tirelessly serving young people from the kitchen of Camp Forrest in Cheraw, SC. Terry will be forever remembered in the hearts of many for her sacrificial giving, optimistic spirit, silly sense of humor, and unconditional love. She was a loving wife to Kenneth Raymond Bridwell, devoted mother to Allison Bridwell Leaver (husband Erik) of Silver Spring, MD and Shelley Bridwell Noble of Atlanta, GA and doting grandmother to Reilly Allison Leaver, Logan Charles Leaver, and Matthew Joseph Noble. She is also survived by her older brother, Horace “Bud” Bolick (wife Mary) of San Diego, CA and was preceded in death by her older sister, Evelyn Kistler, and her parents Horace W. Bolick and Leona Browning Bolick. A private graveside service was held for immediate family on Friday, August 7, 2020 at Mountain View Memorial Park, Travelers Rest, SC. The family has tentatively scheduled a celebration of life service for April 11, 2021 which would have been Terry and Ken’s 53 rd wedding anniversary. In lieu of flowers, the family requests that donations be made “In Memory of Terry and Ken Bridwell” to the Greenville Tech Foundation to support the Greenville Technical College Culinary Arts Program. Family and friends are encouraged to post pictures, stories, and fond memories of Terry by visiting her online memorial at: https://www.mykeeper.com/profile/TerryBridwell/

Terry Gail Bolick Bridwell, age 73, of Travelers Rest, SC, passed away on Thursday, July 30, 2020 from complications related to COVID-19. Born on November 1, 1946, in Greenville, SC to Horace W. Bolick and Leona Browning Bolick, she was the... View Obituary & Service Information

The family of Terry Gail Bridwell created this Life Tributes page to make it easy to share your memories.

Send flowers to the Bridwell family.